In Sønderjylland, you find Denmark’s only land-based border with Germany. On Stage 14 you will ride through the towns of Aabenraa and Sønderborg and pass three castles; Brundlund Castle, Gråsten Palace and Sønderborg Castle. A large part of the route follows Flensborg Fjord. Along the way you will pass sites where historic and cultural clashes have, for better or for worse, occured in the borderland. Sønderjylland used to be part of the Duchy of Schleswig, a fiefdom under the Danish king.

In 1864 war erupted between Denmark and Prussia, when Denmark attempted to integrate Schleswig and make it part of Denmark. Denmark lost the war and a new border was established by Kongeaaen (The King’s Lake), south of Kolding. Denmark lost a third of its land and south of the border there were now many Danes that belonged to Germany. After the German defeat in the First World War, it was decided that a new border was to be
drawn. In 1920 there was a referendum, and the people agreed on the location of the border.

Stage 14 can also be ridden in both directions. If you choose Aabenraa as starting point, you can choose to select Stage 1, once you reach Sønderborg. If you select Sønderborg as starting point, it is possible to continue onto Stage 13 after Aabenraa. Stage 14 also has a side route that leads from Kollund to Kruså and Padborg. 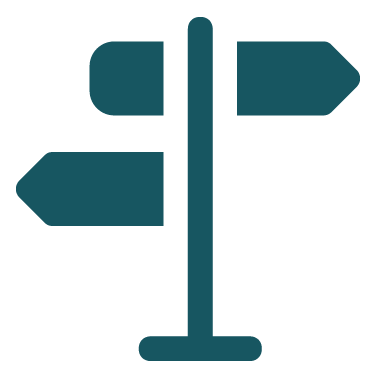 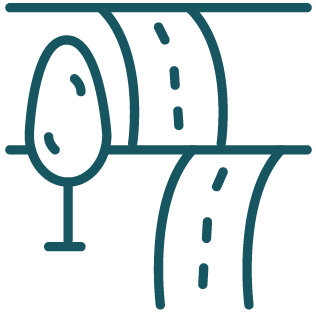 In 1864 war erupted between Denmark and Prussia regarding the ownership of Schleswig. The Danish military took refuge at the Dybbøl trenches after the retreat from Dannevirke.

The Prussians attacked and defeated the Danes on 18th April 1864, which culminated in Denmark having to resign the rights to Sønderjylland. At the historical centre, reenactments tell the story of how it was to be a Danish and a Prussian Soldier in 1864.

The location of Sønderborg Castle is quite magnificent as it sits proudly at the entrance to to the town. The museum focuses on almost 800 years of th...

Gråsten Palace was built as a hunting palace in the 1500s. In 1925 it was given to Crown Prince Frederik and Crown Princess Ingrid as a wedding present a...

Frøslevlejren was a prison camp used by the Germans in 1944, during the occupation of Denmark. Thousands of Danes were incarcerated there by the German se... 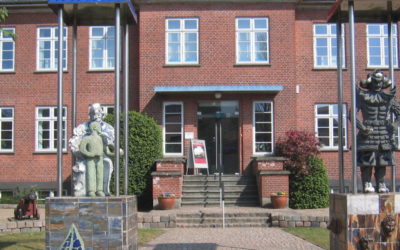 Aabenraa has a proud, maritime cultural history from the 18th and 19th Centuries. Large wooden ships that sailed to far-away lands were built th... 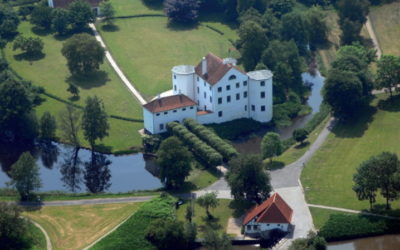 The Danish Queen Margrethe I built Brundlund Castle in the 1400s. It was used as the official residence for the County Prefects. Today the castle is a mu...

This small nostalgic site takes you back in time when the phenomenon camping began – back to basics.

Broager Strand Camping is located in Broager, in a unique environment ...

Welcome to beautiful surroundings with direct access to forest, sea and beach.

Good sailing and fishing on Au...

the campground is situated less than 10 mins´walk to the centre of Sønderborg, 200 metres to a child-friendly beach...

Our campsite is situa...

Welcome in our garden

Cozy campsite located on the main road 170 just before Kruså. Not far from the Danish-German border.

Fjordlyst Camping is located in calm surroundings in the southern part of Aabenraa, close t...

DCU Camping Kollund is a cosy little campsites located in a sloping area which is sheltered by a forest and vegetatio... 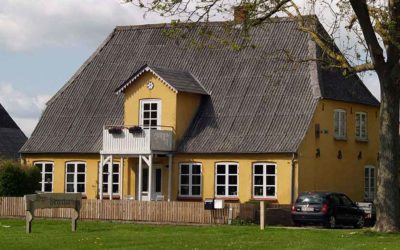 BnB – Room with a view

Room with balcony facing south, directly at the Gendarme Path.

We have a double room facing south and a singl... 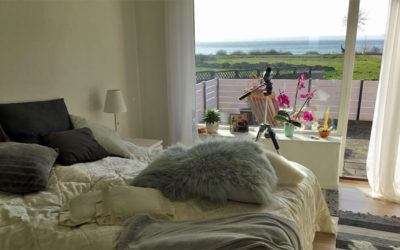 Double room with unique view to the inlet Flensborg Fjord.

Benniksgaard Bed & Breakfast is a small annex with 9 rooms (of which 5 have their own bathroom and toilet), loca...

Double room in a summerhouse.
The summerhouse in Rendbjerg offers a double room with a private bathroom. Room a...

The room has a double bed with the possibility for an extra bed.

Rooms for rent: In a very presentable bungalow situated in a nice, quiet area of

Cosy apartment, 77m2, in “Møllegården” in Kruså near forrest and lake. The apartment is bright and fri... 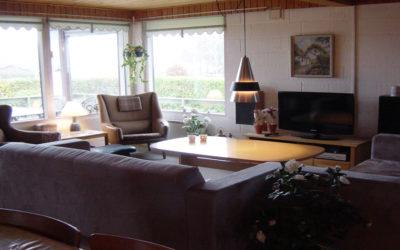 Vestergaard’s B&B is located 5 km north of the Danish -German border. Although we are located in the count...

If you arrive by train from Germany take the Flensborg stop and start the route from here: www.rail.cc